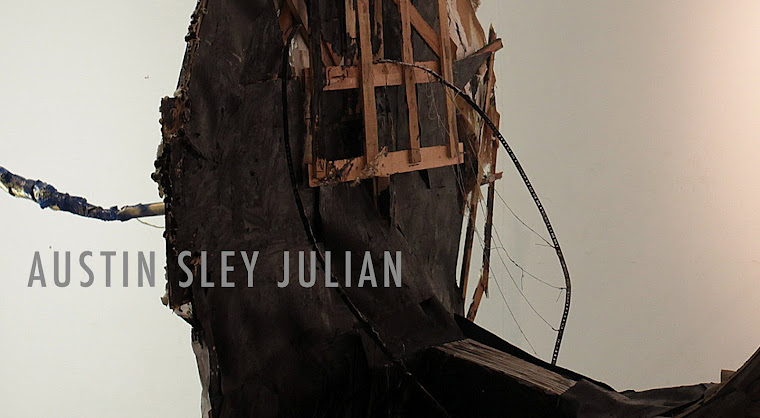 Austin Sley Julian is a visual and sound artist, improviser, and performer born in Brooklyn, NY.
Julian was admitted through an New York state achievement scholarship to Bard College, where
he studied towards a BFA, graduating in 2011. Through college and since, Julian has worked in
many visual and aural media, making countless pieces through the years. Julian has performed
with and alongside many performers including Marina Rosenfeld, Leila Bordreuil,
Neil Cloaca Young, Brian Chippendale, The Bush Tetras, Poncili Creacion, Tamio Shiraishi,
Daniel Carter and Andy Haas. Julian has also toured nationally with several music projects that
he has founded, namely Sediment club, Sunk Heaven, and Signal Break.
He has shown his visual work at Spring Break Art Show, Living Gallery, TATE 2 in
Providence, RI, UBS Gallery Space in Red Hook, NY, and One Mile Gallery in Kingston, NY.
As a performer, Julian has collaborated in several projects, including Christian Marclay:
Festival Retrospective, performing the piece “Screen Play” (2010) at The Whitney Museum,
Felix Bernstein’s “Bieber Bathos Elegy” (2016) at The Whitney Museum,
co-composer and performer in “Void And Dismissal” as part of Leila Bordreuil’s residency at
Issue Project Room (2017), and “Empty Metal”, a film directed by Adam Khalil and Bayley
Sweitzer (2018).
Using prepared guitar, handmade instruments, discarded artifacts and debris, Austin Sley Julian
creates moving, physically jagged, harsh gestures that hurl at their audiences. Through these
kinetic sounds and sculptures Julian strives to convey a physically unstable energy in his work
that reflects the technological society in which it was created. In Julian’s work, structures are
constructing and deconstructing in the same gesture. Sounds float and sink in the same note.
Image is viscerally close and encompassing, all in the same moment. Julian’s work shows an
attraction to the aesthetic that is created by this dichotomy between rhythm, structure, and total
collapse. His work strives to keep the audience in a constant conflict between these polar
extremes. Austin Sley Julian as an artist is aiming to evoke feelings of anguish, frustration,
and inherent conflict to confront the ugly instability of this condition with realism and
“pessimistic optimism”.